You are absolutely right, Roberto

A fast look on how Win8 works:

In desktop mode, regular applications such as Office, WinZip, Your App Built with Harbour, etc... will run as they do now on Windows 7. Also, all the applications we wrote in .NET (or will write in .NET 4.5), will run here with nothing really different than before.

Another way of thinking of this is the following. Although technically not correct, we can think of the Metro environment as a shell on top of the desktop mode which can in turn run Metro applications.

I think: In a short time, Harbour (or any Gui Lib) will can add XAML Class making possible to build Metro-Style app's for DeskTop and Native Metro app's for WinRT... 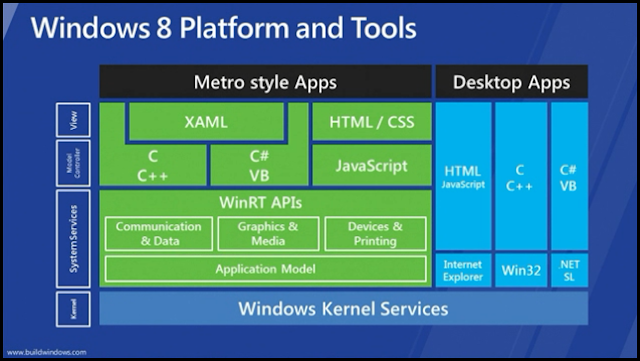